The £2.3m Billionaire iPhone Xs and X Plus series. 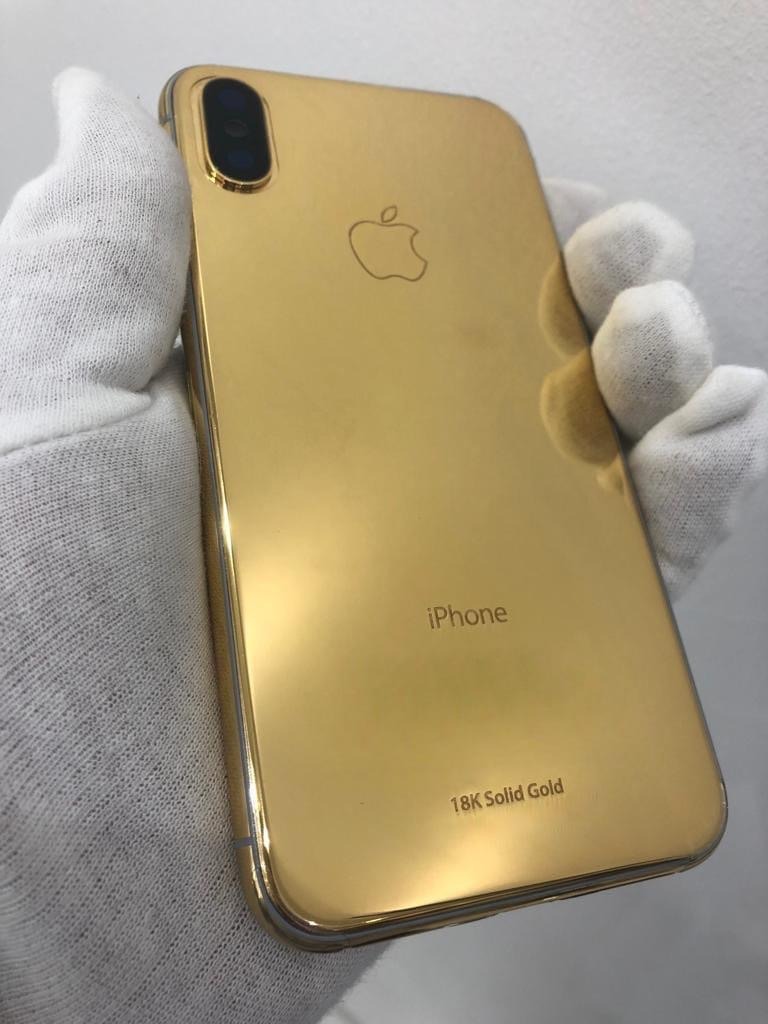 Nothing stops Leronza from being the first to announce and offer the latest and very first luxury range of customised iPhones to the general public. The brand new addition to the Apple line up of iPhones which the company believe will be named the Xs and X Plus is only just a few weeks away from being launched, leaks of body designs and new features are flooding the internet – Leronza’s inside sources believe the X name will remain along with an Xs and X Plus version, their predictions from the past have been right on target receiving inside information from sources known only to the company senior management.

For the past 11 years the luxury brand has been ahead of the game and was the very first company to 24k Gold embellish the iPhone when launched 2007, other finishes included Platinum, Rose gold then a further range of other exotic finishes.

To mark the 23rd year of trading, Leronza which was founded in 1995 are producing just 23 Ultra High Net Worth solid Gold versions to mark the occasion,
total value of the range being more than £2.3million. The “Billionaire” iPhone Xs as it will be called will be limited to only 23 and numbered 1 – 23, each one will be stamped with the Gold standard Assay Hallmark at Goldsmiths Hall in London.

In addition the Billionaire iPhone will include the top membership tier for the the Leronza Concierge service, giving access to a 24/7 365 day VIP service where any request to complement clients lifestyles can be catered to by their very own dedicated concierge team.

Leronza pioneered the art of applying 24k Gold and other luxury finishes to several prestige car brands such as Roll Royce Bentley, Aston Martin and Lexus, them evolved into customising Apple, Blackberry and HTC smart phones along with other technology products such as iPads, and the iMac.

Leronza’s process and success gained the attention of several blue chip organisations such as Viacom, NBC , CBS, Crown resorts, The Emmy’s and Oscars who commissioned Leronza to provide A list stars with their luxury products.

The Elton John AIDS Foundation is another notable client who had a range of Swarovski encrusted iPods laser signed with Elton’s signature named “Starburst” which sold out in Harrods and Selfridges when launched several years back to raise thousands of pounds for the charity. Leronza founder  also appeared on the Channel 5 Billionaire Kids show last December which was the most watched show of the series, he was seen presenting an iPad he had just customised in pure 24k Gold to a Billionaires daughter.

As well as the Billionaire iPhone Xs range the company will also be continuing with the standard luxury 24k Gold Elite range that has been one of the brands most successful products to date, a company spokesman stated that for the first 100 orders their offer price will be the same as the current website range.

New orders can be secured right now with just a deposit from the fully encrypted Leronza website, or payment can also be made by bank transfer.

Leronza who have offices in London Victoria and their “flag ship” store in Dubai plan on launching the NEW solid gold iPhone from London and the Dubai luxury store simultaneously several weeks after Apple announces it’s launch of their new range of smartphone in early September 2018.

Leronza is an aftermarket electronic customization service and is neither affiliated with Apple nor an authorized reseller of Apple products. Apple is under no obligation to repair, replace, or otherwise service products sold by us. The trademarks iPhone and Apple are the registered trademarks of Apple, Inc.

Use the search box to find the product you are looking for.

No products in the cart.